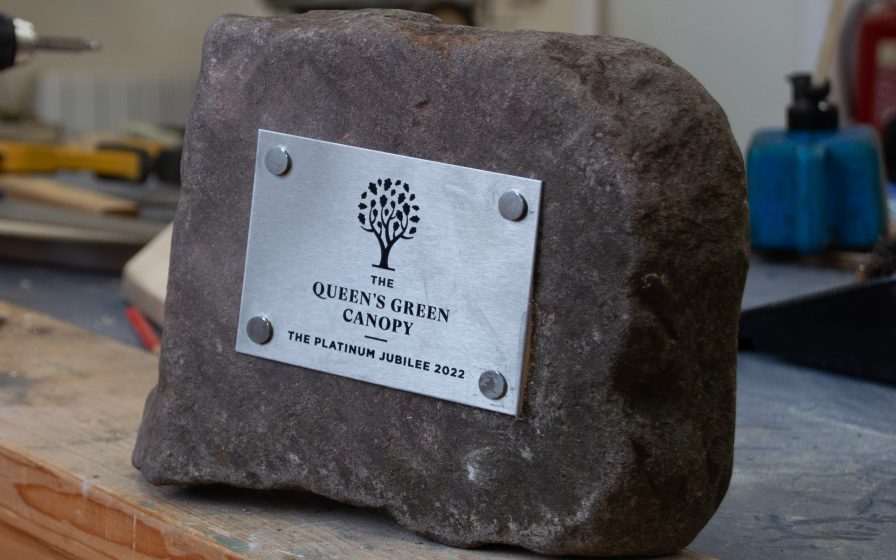 You may recall the Jubilee Tree Planting story in The Bellman of 1 December 2021.

Subsequent to the planting of the silver birch to commemorate the Queen’s Platinum Jubilee, Horizon, in the guise of John Cruikshank had been given a plaque by the Lord-Lieutenancy of Kincardineshire to be used to mark the event. John also brought along a stone……..

It was decided that the commemorative plaque would be mounted on a stone that was recovered from the Backies.    The stone may well date back to the 1500s and may have been used in the buildings of the Auld Toon.    In 1950 the slums, that were the old fishermans’ hooses, were demolished and much of the stone from the demolition was dumped at the Backies.

As John Cruickshank intimated, “if you look closely there are many sandstone sections that could well have been used in house building.   Some local history and real heritage here.   Once it’s finished we will have it placed by the tree.”

John took the the plaque and the stone along to the Men’s Shed where Davie Ross was asked if he could fix the plaque to the stone.    Well, Davie doesna’ like to say no to a challenge.

The plaque was fixed to the stone by Davie and handed back to Horizon.

The completed job is now on view by the Queen’s Tree having been set in place by two of Horizon’s volunteers, Allan Cairnduff and Linda Anderson.